You know them at a glance, even if you aren’t sure what they’re called. The downright mesmerizing sight of their shiny leaves, artfully fashioned into a star-like composition, is enough to make anyone stop in their tracks. Of course, we're talking about the Magnolia - one of the most beautiful and iconic plants in existence.

It’s not just great looks that set it apart. Another factor that contributes to its charm is the heady scent. That fragrance is largely sweet with slightly fruity undertones, resulting in a scent that’s often described as fresh, citrusy, and at times champagne-like. It’s complex, yet approachable—just another reason the plant is so popular.

Whether you want to plant a tree in your garden or are interested in cultivating the slightly rarer, though no less beautiful, indoor magnolia tree, you have options. Some varieties are better suited for certain environments and climates, and a select few are appropriate for nurturing inside. Magnolias can even be found in floral bouquets, such as our aptly named The Magnolia.

Popularly grown throughout the United States, the magnolia is often associated with the South. Because there are so many species, the tree is known to thrive in many different environments including tropical and temperate climates. Its distinctive flowers and aroma set it apart, making it a lovely choice for the backyard or a bright spot inside the home.

The History of Magnolias

What was the very first flower in existence? It’s the subject of much debate, largely because there is very little, if any, visual evidence of ancestral flowers. However, botanists have discovered that the “original” flower actually looked like a magnolia. It featured a ring of petals with notable stamens and carpels drawing pollinators to its heart.

While there’s no concrete evidence that the magnolia was in fact the very first flower, there’s enough information to suggest its existence during the Cretaceous period, some 145- to 66 million years ago. Fossil records dating from the Tertiary period, about 65- to 2 million years ago, depict what are thought to be magnolias.

It’s said that the tree bearing magnolia flowers was discovered in early 18th-century Martinique by Charles Plumier, a French botanist who named it after another famed botanist, Pierre Magnol. John Bannister, a missionary in Virginia, first introduced the flower to the mainstream when he sent seeds of the Magnolia virginiana variety to a friend in England.

After it was cultivated there, it spurred the growth of dozens of other varieties, including the Magnolia grandiflora. By the late 18th century, the Magnolia denudate made its debut in China. It was introduced by Sir Joseph Banks, an English botanist known for introducing various plants to countries for their commercial and practical uses.

Today, the flower is highly regarded as a spectacular showstopper. Its shapely blooms and lush fragrance lend it a unique quality that sets it apart from other flowers. With so many varieties available, you’ll find magnolias in all types of colors. Choose from crisp whites, soft pinks and reds, vibrant yellows, and radiant purples. While many are simply glossy, others have more complex leaves, with undersides specked with metallic copper or gold.

Like other flowers, the magnolia is reflective of many different emotions and characteristics. It’s fittingly associated with natural beauty and is also linked to dignity, nobility, and strength. It even has ties to purity, making it a popular choice for wedding bouquets as brides love its innocence and fresh, clean appearance. Beyond the flowers, the magnolia tree is also rife with meaning; it’s popularly associated with magnificent stature thanks to its towering height and abundant blossoms.

Because the plant is so robust, it’s also associated with strength and endurance. While its appearance may be that of a delicate blossom, the magnolia is actually a flower that has adapted beautifully over the decades to vast changes in climate. Its survival is a testament to its hardiness. For its resilience, it’s often associated with long-lasting love, longevity, and eternity.

Different colors also connote different meanings. The white magnolia, among the most popular, is recognized as a symbol of perfection and innocence. By contrast, pink magnolias reflect joy and happiness. The purple magnolia is traditionally linked to good luck and great health, while the green variety represents good luck, fortune, and positivity.

When to Give Magnolias

Given their vast meanings, magnolias are often given on different occasions. In addition to being a bridal favorite, the flower is a wonderful choice to give to the new mom due largely to its associations with longevity, joy, and innocence.

Because it’s such a versatile flower, it’s perfectly appropriate to give the magnolia for other occasions, too. Why not surprise someone special with The Welcome Home wreath during the holiday season? Brimming with distinctive magnolia leaves, the exclusive accent is such an eye-catching addition to any door or wall.

How to Grow Magnolias Indoors

Magnolias are typically associated with outdoor trees, but certain varieties are suitable to grow indoors. Known as dwarf magnolias, these plants are perfect for adding some of those distinctive flowers to your home. Other suitable varieties include the Chinese magnolia and star magnolia.

Once you’ve selected the right type, you’ll need a suitable pot in which to grow the plant. If you don’t plan to transfer it outside, make sure you use a fairly sizable container that offers enough room for the roots as they grow. Don’t be fooled by the “dwarf” moniker—magnolias still grow deep root systems. It should also promote adequate drainage to prevent root rot. As a general rule of thumb, aim to choose a pot that’s approximately 10 times the size of the tree’s mature trunk.

The right soil allows the roots to breathe, so select a neutral-acidity option that promotes aeration and makes it easier for the leaves and bark to receive the nutrients they need. To promote the preferred acidity, combine the soil with compost. You should also lock in moisture when you first plant your magnolia by leaving at least a couple of inches of space on top. Fill it with mulch, which will protect the integrity of the soil while the plant grows during this formative period.

Regular watering is vital to your plant’s immediate and long-term health. Ideally, water the plant at least a few times a week during its first four months of life. Make sure you don’t overwater, as that could leave the roots wet and put the plant’s health at risk. Instead, insert an index finger in the soil until it’s about two inches deep. If it feels dry, it’s time to water, taking the time to adequately moisten the soil. Perform this step every time so you only saturate when necessary.

Once it’s potted, it’s crucial to put your magnolia in a location where it receives adequate light. The plant loves partial shade or full sun, so you’ll have a few options for placement throughout your home. Keep an eye on the plant in those early days, though. Do the leaves look like they’re drooping or wilting? A lack of light could be to blame. Simply adjust it slightly to protect your magnolia from damage. Be mindful of the temperature, too; err on the warmer side for safety.

Its rich history alone makes the magnolia tree an intriguing choice for the home or the garden, but you’ll especially fall for its lovely flowers and delightful fragrance. Thanks to its simple care needs, you can easily nurture one in your own home, where it will bring joy to your living space for years to come. 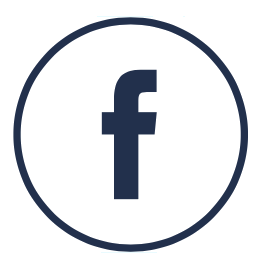